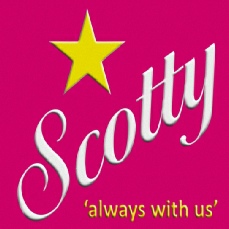 Scott became a Wey Valley player when he was 14 and will be sorely missed by his team mates and everyone who knew him.  Scott loved his football and for me (as his manager and coach), was not only a model player but a good friend both in and out of football.

In his football he will be remembered for his fearless defending and tireless/total commitment to the team and its success.  Amongst many other highlights in his time with the Club he holds the record of being the only Wey Valley player to have scored an international goal in the team’s U18 end of season friendly (April 2007) against a visiting Dutch side Telyingen. He also invented the “twin shin headed clearance” - something the whole team will remember with a smile.

Outside of football Scotty was utterly devoted to his fiancee and daughter and could be summed up as a ‘true gent’.  He had a great sense of humour and was invariably willing to help anyone, anytime.

You’ll not be forgotten by me, your team mates or anyone that knew you.

The Club have set up a memorial fund which, in accordance with the family’s wishes ,will be used to support and benefit the club and all its players at all age groups.

Money is to be raised by a variety of special events (details of which will be shown on this web page from time to time, activities and events organised by other groups and people, and/or by simple, generous donation.

5 people will oversee and manage the Memorial Fund ;

By Cash - do NOT post cash.  Please hand cash donations directly to one of the 5 Memorial Fund managers.  If you need to contact someone to arrange a donation, please ring 01428 751703

Applications for support should in the first place be made by email to nigel.welch@wvyfc.org, and you will be sent a form to complete.  Applications will be available to Wey Valley registered players and will only be accepted for cases where there is demonstrable football related hardship, e.g. no boots, shin guards or training clothing.

Applications will be considered by the Memorial Fund managers and any awards maybe given as cash, vouchers or goods.

God wanted to have a football match

And to play it up in heaven.

For that, he needed players,

So he selected his first eleven.

They made it in the team.

But He needed another player,

A defender, tough and quick.

From heaven above, He looked down

And saw Scott, in his Wey Valley kit.

So Scott was taken up above,

And God took him by the hand.

To play the game he loved so much,

Though sponsorship is banned.

There is no cheating either,

As God is the referee.

There are no mega wages,

And the transfers, they are free.

So Scott plays now so passionately,

To the angels in the crowd.

And when they see his `twin-shin' moves,

They roar his name out loud.

But if tears could build a stairway

And our heartache make a lane,

We'd walk to that pitch in heaven,

So we could hug you once again.

Have fun, my son, my Scotty boy,

You're safe and in God's team

You'll live on in our every dream. 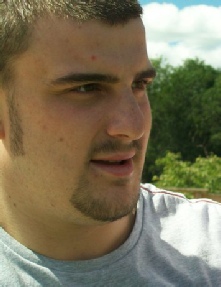